With more than 20 years of experience as a professional musician, music producer, mastering engineer and song writer, Knut Bjørnar Asphol has worked with numerous bands and artists within a variety of genres. Unparalleled knowledge and insight into music production and the music business has enabled him to contribute his own productions to the Eurovision Song Contest, as well as other nationally televised events, film scores and TV series. An ever-growing resumé includes participation in several hundred released albums, production duties on the Dreamworks movie “How to train a dragon 2”and release of solo albums in the ambient jazz genre to mention some. He recieved Spellemannsprisen (the Norwegian Grammy) in 2017. In 2021 he will release his tenth album. He is working for the passion of music 24/7. 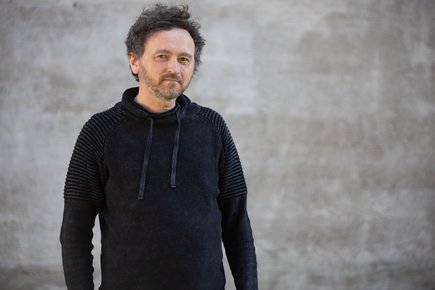 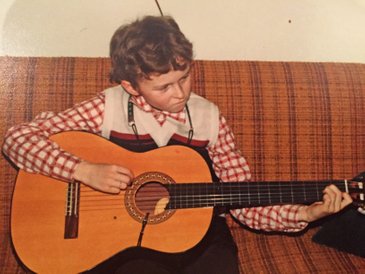 Born in Molde, Norway, Knut Bjørnar wasted little time to begin his journey with music. First playing the guitar at the tender age of 5, it was not long before he had written and recorded more than 80 songs on a cassette recorder for his nearest and dearest family members - and all before his 13th birthday. Early on, he was heavily influenced by bands such as Kiss and Deep Purple, and spent the majority of his time practicing scales, chords, solos, and mimicking his heroes' stage moves in front of the mirror. The town of Molde annually plays host to one of the world's most celebrated jazz festivals - the Molde International Jazz Festival. This festival proved to be a key ingredient in Asphol's development, and a significant channel for him to explore great musicians and provided an open door for the discovery of improvised music. Soon Knut Bjørnar found himself shifting influences from Gary Moore, Yngwie Malmsteen, and Jimi Hendrix to the improvisational genius of players like John Scofield, Pat Metheny and Terje Rypdal.

In 1998, Asphol completed his Masters Degree in Music from the University of Oslo. His main dissertation was based on his research in the development of the distorted sound. This essay, entitled "Exploring Distortion", was a new direction for subject study within the University. Staffan William-Olsson and Eivind Aarset, two of his guitar teachers and advisers at this time, guided Knut Bjørnar to embark on his journey into these previously uncharted waters. Eventually his work and life as a freelance musician provided the perfect platform to start Masterpool Studio, where he began to record and produce music for other artists. Then delving even further, Asphol established a world-class analogue mastering studio. In 2003, he participated in the Norwegian Eurovision Final with his band (Monopole) and as a composer. Knut Bjørnar then joined the band Postscriptum in 2005. Two years later, 2007 saw the release of the group's widely acclaimed album "Prophet Deny". Postscriptum then embarked on a heavy tour schedule throughout Norway and the rest of Europe in support of said album. In 2009, he decided to end his relationship with the banddue to his increasing demand as a producer and mastering engineer. 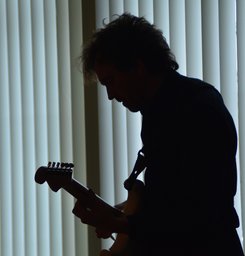 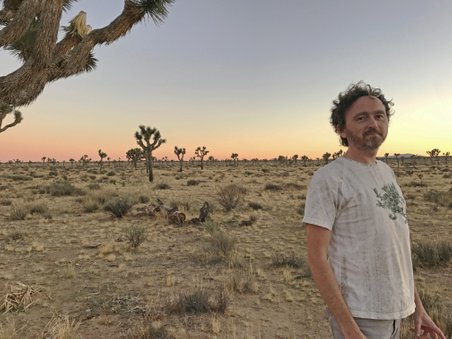 Through the midst of playing the gothic rock of Postscriptum and simultaneously producing commercial music, Asphol found new inspiration from the emerging Scandinavian jazz movement. Releases such as Bugge Wesseltoft's "New Conception of Jazz", and Nils Petter Molvær's "Khmer" were particularly influential. Massive Attack's 1998 release "Mezzanine" quickly became one of his favourite records, and further established his new-found interest in combining a variety of genres and sounds from samples, beats, and guitars.

In 2007 Knut Bjørnar Asphol composed the soundtrack for the documentary film "Tikopia". This project provided him with a unique opportunity to utilize his background in jazz and electronica. With the distinguishing voices recorded from the island of Tikopia, he combined soulful songs of local elders with beats, guitars, and programming. All of these elements resulting in the record "Organic Ocean" (February 2008).

In 2008, he started a family project called Superbarna. This was a group with children. Superbarna released its two first albums in 2009. The fifth album was released in November 2016 and received Spellemannsprisen (the Norwegian Grammy) for best album for childrens music in 2017.

October  2011 celebrated the awaited release of Knut Bjørnar Asphol's second opus, "Mnemonic". Many of the early ideas for this album were recorded in the autumn of 2008, but like a fine wine; it would need time to fully mature and be "un-corked".

After producing  a long list of albums for different artistshe was lucky to get many of his favourite musicians to participate on his album "Wilderness Exit" released in June 2013. This great team of musicians consisting of Nils Petter Molvær, Helge Lien, Stian Carstensen, Harpreet Bansal, Magnus Westgaard, Zotora, Torstein Lofthus, Martin Hystad and Sanskriti Shrestha made the album into a fantastic atmospheric journey:. In 2013 Asphol also recorded a duo album with the great violin player Harpreet Bansal. She participated on two tracks on "Wilderness Exit". This is a great ambient album with violin, guitar, electronics and tabla. The album "Ragatronic" was released in February 2014 and was a great collaboration that inspired both Bansal and Asphol to collaborate again in the future. 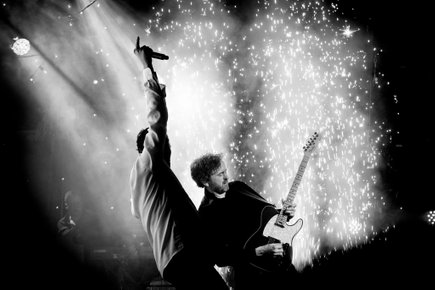 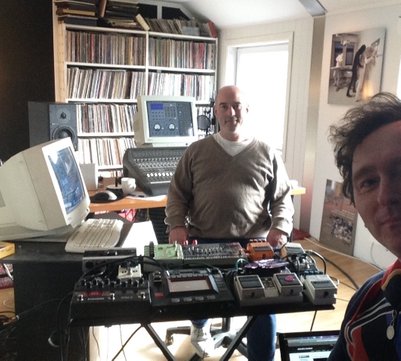 Asphol released "Tabloid Red" in February 2016. It is an ambient album best described as reminiscent of the classic works of Brian Eno. On the nine tracks of "Tabloid Red", Asphol's guitar playing is transformed into mostly spherical soundscapes, some – as with "The Silver Thread" – featuring everyday sounds or else with percussive elements worked into the mix by way of sampling and programming. The album is produced by Jan Bang and was recorded in his studio in Kristiansand, Norway. Erik Honoré mixed the album and did some additional sampling. "Tabloid Red" is Knut Bjørnar Asphol's most experimental work to date. It is an ambient gem of solemn beauty, one that requires a great deal of time and idiosyncratically leads us to rediscover the beauty of slowness.

Knut Bjørnar loves electronic music and loves to combine organic acoustic instruments with electronic textures. He began diving deep into this genre in the late 90’s. He has also used a lot of electronic elements on his solo albums and on albums that he has produced for other artists. In 2016 he released the first single from his electronica project D’Dorian. He released three singles the first year and followed up with an EP trilogy called Mind Flower of which Part 1 was released in February 2017.

The Awakening released in 2017 was a new experimental experience where Knut Bjørnar was ready to cross new borders and to include more new elements to the music like further use of soundscapes, keyboards, ambient sounds, poems and electronics. During the release of this album he was deep into composing new music with a new sound and a new direction. His love for the acoustic nylon guitar came alive and he composed and played his music with an acoustic approach. The result of this creative period was an explosion of  a large number of compositions including both classical and jazz music. It was towards the end of this productive period that the idea and concept of an acoustic trilogy took shape. One album with acoustic guitar in an electronic environment, one with an acoustic jazz quartet and finally a meditative album with classical guitar. The transformation triggered a rejuvenation of Knut Bjørnar as an artist under the name of KNUT, signaling a new approach and a new direction. 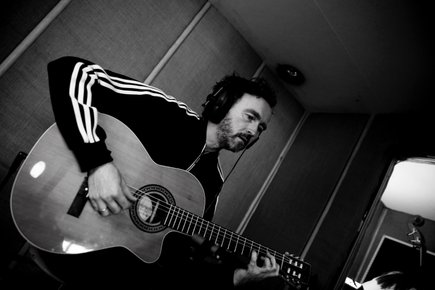 2020 will be manifested by a series of album releases after countless hours of composing, recording and producing the three albums and the duo album Charmstone.

When released in June 2020 the album Breeze will take KNUT to a new level as an artist. The music has a new sound with grooves, melodies and a good vibe. In September the acoustic jazz album will be released. This album is recorded with Erland Dahlen on drums, Ellen Andrea Wang on double bass and Torbjørn Dyrud on piano. The last release in the trilogy, the classical guitar album, is planned for early 2021.

In February 2020 he also released Charmstone, a duo album with the drummer Torstein Lofthus. Charmstone is a great album where an experimental universe of percussion and guitar melts together and challenges the listeners to step outside their comfort zone.

"I have always been strongly connected to the acoustic nylon guitar, an instrument I began to play at the age of 5. Some years later I picked up an electric guitar but the nylon guitar has always been my instrument of choice. It is also my number one tool for composing classical, jazz and popular music. After many albums where I have used the electric guitar to create big atmospheres, I wanted to strip it down and go with a new organic approach. The nylon guitar gives me an honest response to what I want to express with my music. My inner musicality is built of good and strong melodies, so now I still want to make meditative atmospheres but with a clear melody in the front. Placing the sound of the guitar in this musical landscape has required tedious work and I am very pleased with the result. The new direction of my music is also a response to the message I got through the farwell video of the drummer Paolo Vinaccia, shown at his funeral. He said:

“Never underestimate your audience, your public, your buyers. Don’t compromise this, there's no need for that. Just be yourself hundred percent, and you'll see that something will happen to the music”

This was such a strong and great message. Be true to your music and your expression. Vinaccia’s words inspired me to work more with my new music with the nylon guitar and it has been a very satisfying experience. Paolo Vinaccia was meant to produce my album Wilderness Exit in 2013 but this was when he first got cancer. He died in July 2019. He is one of my biggest musical inspirations."